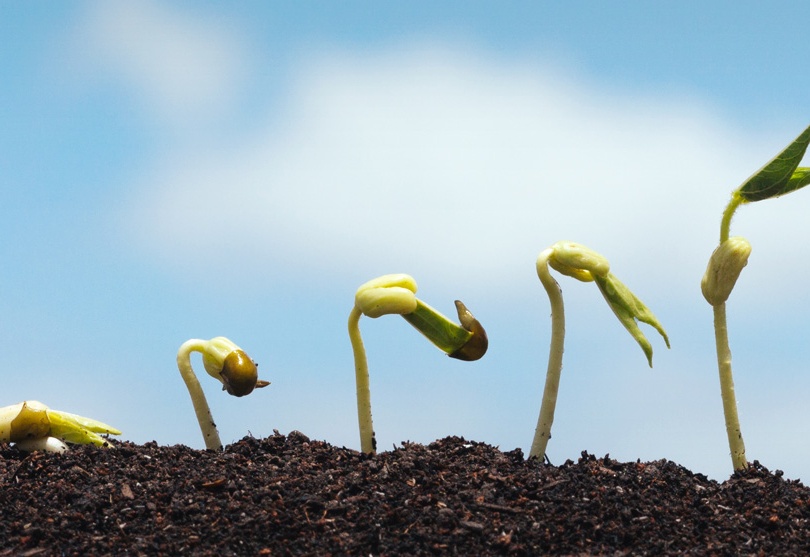 One has to start somewhere.

Lately, feeling a strong urge to do something different, I could finally decide to pen my thoughts and my feelings. Quite like the toddler whose uncertain steps convey the message of intent rather than content. If my efforts can hold your patience till the end of this page today, I shall feel satisfied.

“In each one of us a child has lived – a child of promise who never grew up.”

I have been constantly inspired by these words from my adolescence days, and till today whenever I feel fatigued and wearied with the seemingly unending monotony of the typical mid-life, I take refuge in the simple yet so assuring message which the words seem to convey – there can be so much more to life than what we apparently feel.

Coming up from a typical middle-class Bengali background where the emphasis has always been on growing up within the existing value-system, my allegiance has always been towards the family. My parents were librarians who together earned just enough to raise two kids, spending the lion’s share of their meager salaries on the education of the children and majority of the rest on the household stuff, leaving a very limited few for themselves or for the bank. Courtesy my parents and their association with the literary environment, I took towards books quite early. I was a voracious reader right from my early days in school. Some of my fondest memories are about the weekly school-off-days which were so cosily spent amidst variety of books in the children’s section of the National Library in Alipore (Kolkata), where my parents used to work.

My parents did not own a property, neither a car, not even a telephone connection in those days in the ’70s. However, we were amidst a sea of loving relatives – uncles, aunts, grand-dads, grand-moms, cousins and brothers and sisters. We were proud of our black-and-white television when we watched together Mario Kempes and Argentina lift the FIFA World Cup in 1978 (and later India lift the Prudential Cup in 1983, Benson & Hedges Cup in 1985 followed by Diego Maradona winning the FIFA World Cup again in 1986). Everything was going fine until it was time for my father to bid good-bye to all of us – all of a sudden – and move on towards eternity. I was eleven at that time.

Having lost my father, my idol, my one-and-only mentor and guide, I got exposed to the realities of life earlier than expected. However, we moved on, pivoted on the solo earnings of my mother and with all the wonderful support of our relatives around. I missed my father every moment, I still do, but I could feel the sincere efforts of my uncles, aunts and cousins to bring back a smile or two on my face.

My grandmother was living with us then. Having lost her husband at a very young age, and now with her eldest son demised, she should have been counting her days in agony. However, she was remarkably different. Holding on tightly to my brother and me, she pulled herself out of this massive grief. She lacked formal education, but she did not lack knowledge. Extremely fond of books, she also had a strong political view and had, in her younger days, walked barefoot to attend political rallies. She had acquired a good understanding of the game of cricket only by watching live telecasts on television together with me. She was much ahead of her times and made a significant impact on my life.

Life for my mother became very different. She moved on with a single-window agenda. She ensured that we needed no financial support from anyone else – that was my father’s parting wish on his deathbed. Her focus quite naturally had shifted towards my brother – younger to me by six years and very, very tender at that age. I somehow managed to continue with my part of growing up without bothering her too much. In the process, I might have drifted away from her a bit. She continued to nurture the dream that one day her sons will grow up to become successful individuals and shall validate her struggle in front of the outer world. Today, however, at this juncture of life, I feel I have not been able to live up to her expectations.

I realized quickly that my mission in life was to get a job as fast as possible. Surprisingly, no one ever asked me what I wanted to be in life. Perhaps, it was too obvious. Since then, I have always lived through the dilemma of what-I-want versus what-I-must. May be that is what prompted me later on to take up engineering as profession over my preferred love for literature and writing.

I did not have many friends those days. I was introvert, shy, cautious, and always too concerned about what others might opine about me. It was only when I was in my early teens that I developed a strong bond of friendship with a small bunch of classmates. This bond exists till today, indelibly etched in time and tested across the passing years, still as fresh and free as ever. I have made many friends thereafter, very few bonds have remained so pure and unassuming. This has been a journey which signifies companionship and camaraderie only, without any expectation in return.

I met my would-be life partner when I was seventeen. I was going through a patch of emotional disorder in those days. I was desperately looking for something to happen in my life which could usher in some optimism. On that day when she glanced over her shoulders to look at me, her eyes meeting mine, God smiled. Thus was initiated one of the deepest bonds of friendship which in due course of time would mature into love. As life would have it, we got separated after initial couple of years of acquaintance and infatuation. We reunited again after a span of three years, only to start from where we had left. She has remained with me in my journey, since then, always by my side. It has been a roller-coaster ride, through ups and downs and thick and thin and fire and ice. She has seen the worst of me and my fortunes, dragged me out of the endless fathom of despair on many occasions, packed in doses of motivation whenever needed, and reminded me of my responsibilities when I have tried to shy away from them.

My brother was also growing up alongside with me. He was very different, in fact just the opposite of me – playful, extrovert, loving and very friendly. His and my ways separated once I stepped into adulthood. I went for my engineering college hostel while he continued to pursue his studies, later on to move out of this country in search of a bright educational career. Surprisingly, now at this age, I somewhere feel the bond pulsating again. It is important to know someone is there for you in case you need him.

Last two-and-a-half decades witnessed my trysts with destiny, struggle for existence, efforts for making my own mark and setting up my own family. I am today in my late-forties, together with my wife and my son, in whom I can feel my father again. Life has given me enough what I might need.

So many memories come to me, time and again. Memories of my childhood friends, the playground, the school, the home, the dear ones, the acquaintances, the pains, the sorrows, the joy and the exultation. It is time to revisit them, to share, to acknowledge.

This shall be my ode to life.

Stopping a while and looking back. Rejuvenating while diving into yesteryears’ memories.